Shows all available incentives. May not be combined with each other and not everyone will qualify1

Model Overview
The RAM ProMaster City is the smallest van customers can buy from the Dodge showroom. Its compact footprint provides plenty of advantages over bigger trucks and vans. It features a 2.4L "Tigershark" 4-cylinder gasoline engine, making 178 horsepower that sends power to the front wheels through a 9-speed automatic transmission. The configuration allows for a lower load floor than those found in rear-wheel drive vehicles. Torque is more than adequate at 174 foot-pounds, while fuel economy is rated at 29 mpg on the highway and 21 mpg in the city.
The ProMaster City is offered in two basic body styles -- Cargo Van and Passenger Wagon. The Cargo Van only features seats in the front of the vehicle and with a large load area behind them. This makes it ideal as an urban delivery vehicle or even a small mobile workshop.

Standard features on the ProMaster City include sliding side doors and a 60/40 split rear opening. Load height is only about 21 inches off the ground, a feature sure to please anyone loading or unloading heavy cargo. The rear doors only open to 90 degrees, but can be configured to open a full 180 degrees if so desired. 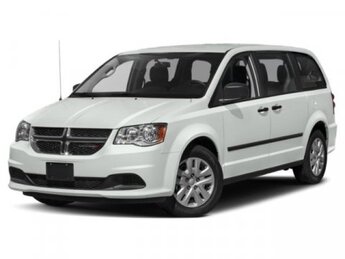 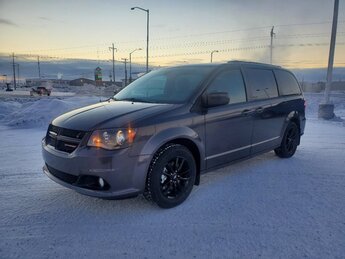 2020 Dodge Grand Caravan SE Plus
White
* MSRP is the Manufacturer's Suggested Retail Price (MSRP) of the vehicle. It does not include any taxes, fees or other charges. Pricing and availability may vary based on a variety of factors, including options, dealer, specials, fees, and financing qualifications. Consult your dealer for actual price and complete details. Vehicles shown may have optional equipment at additional cost. Price subject to change.